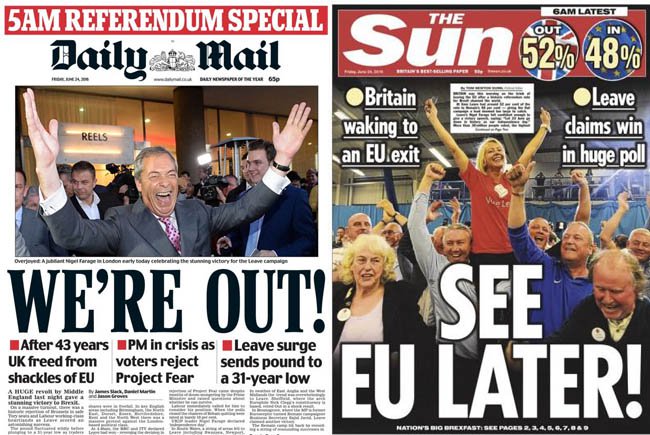 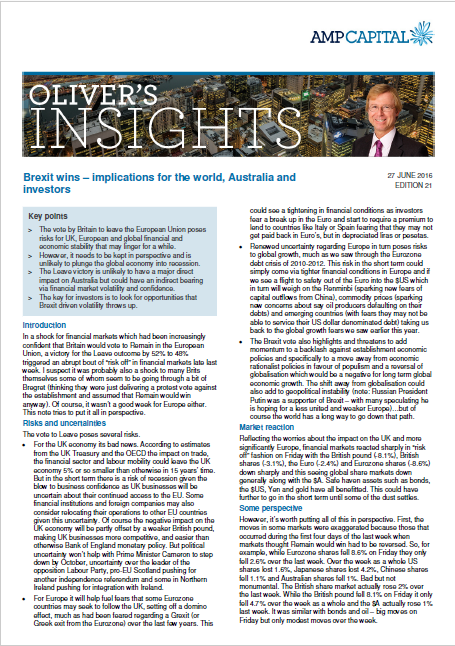 While we have all heard a lot about the impact of the UK voting to leave the EU this week (Brexit), it is still not clear to most of us how this effects us here in Australia.

There are two issues to be aware of; the economic/financial issues and the political issues around the future of the EU. The attached article from Shane Oliver at AMP helps explain the financial and economic impact of Britain’s exit from the EU. In short, it has caused a great deal of volatility in currency and share markets around the world, however long term it is expected to have minimal impact on Australian investors directly.

Australia became independent from Britain in 1986. On the 3rd of March 1986, the “Australia Acts” were passed by state, commonwealth and British parliaments which prevented Britain from legislating for Australia, and gave Australia full control of all constitutional documents. Interestingly, the number one song on Australia’s music charts on the 10th of March 1986 was Billy Ocean’s “When the going gets tough the tough get going” – almost prophetic.

This has relevance, as within Great Britain, Scotland and Northern Ireland voted to stay in the EU and have expressed a desire to remain part of Europe. From a political perspective, Britain’s exit opens the potential for other nations to leave the EU, and the possibility for parts of Britain to break away, fueled by their desire to continue to trade and operate as part of the EU. Financial markets do not react well to unexpected news or uncertainty the Brexit vote outcome was both.

If you have any questions or require further information on the above topic, please contact a member of the Super-Advice team.